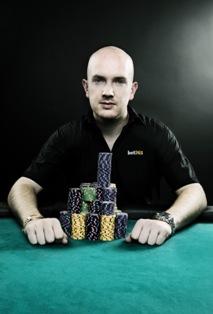 Although he received a lot of attention for his 2 WSOP bracelets in the same year, he also finished in 108th and 197th place in 2010 and 2014 WSOP Main Events respectively. Although these don't seem impressive accomplishments at first sight, these finishes were the top 1.5% and 3% of the fields. The probability of finishing that high is 2,200-to-1. Unfortunately, these strong finishes no longer get recognized in such large fields.

Primarily a cash game player, Hougaard has also had success playing online. At PokerStars he became one of the few players to win the "PokerStars Sunday Million" twice to take his total career earnings above the $2 million.

The former table tennis international turned pro in 2007. He got signed up by European online poker room Bet24 as their team captain. On PokerStars, he plays under the screen name "KipsterDK" and plays mostly Pot-Limit-Omaha (PLO) Cash Games at stakes up to $100/$200.